“William Vann avoids any suggestion of bombast or sentimentality, and builds Parry’s great paragraphs so eloquently and with such assurance that you’d think he’d been conducting this music all his life.” Gramophone 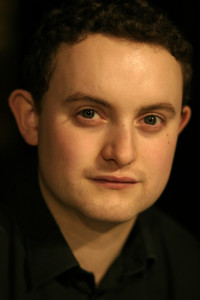 Welcome to the website of British conductor and pianist William Vann. A multiple prize-winning accompanist and accomplished choral, orchestral and operatic conductor, William is also the Artistic Director of the London English Song Festival, the Director of Music at the Royal Hospital Chelsea and the Music Director of Dulwich Choral Society.

On this site you can find out his latest news and where he is performing next, watch videos and get in touch. Concert promoters can dowload biographical information and photos from the Press Centre.

Earth’s Wide Bounds, featuring the Chapel Choir of the Royal Hospital Chelsea, musical director William Vann and organist Joshua Ryan will be released on 4th March 2022. This album is a choral compendium of works by Ralph Vaughan Williams comprising premiere recordings of both the Communion Service in G minor and the Nocturne: By the […]

A very good cause to donate to, if you can, with matched funding doubling all donations: https://t.co/jQZdzII2zu